Approximately only 4% of Parkinson’s patients are diagnosed with the disease before they turn 50. This number might be higher, because most of the people are under-diagnosed at young age. Young onset Parkinson’s might also progress differently than the traditional symptoms of PD. However, being familiar with the risks and consequences could be helpful for one to get treatment needed.

A huge number of people with young onset Parkinson’s disease might not experience the regular symptoms associated with the disease for quite some time. The symptoms take a much quicker pace, when it is diagnosed at an older age. They may include:

Apart from these symptoms there are some Non-motor & Motor Symptoms. Non-motor symptoms include:

The exact causes of Parkinson’s Disease are unknown till today. Number of reasons can play a role in causing the disease. Environmental factors, hereditary factors or the culmination of both of these might trigger the disease. Parkinson’s takes place when brain cells are lost in the Dopamine-producing places. Dopamine is the key hormone for sending signals to the brain that controls muscle movement.

A study by the National Parkinson’s Foundation has shown that 65% of people diagnosed with Young Onset Parkinson’s are less than 20 years old and 32% of PD patients under 30 years had genetic mutation believed to trigger Parkinson’s disease.

While discussing about environmental causes, it can be said that certain chemical exposure might act as a cause for Young Onset Parkinson’s.

The U.S. Department of Veteran Affairs found Parkinson’s to be caused by exposure to a particular pesticide called ‘Agent Orange’. This is a synthetic chemical pesticide, which was used on plants and vegetation during the Vietnam War.

There is no particular analysis to detect Parkinson’s. Diagnosing this disease can be complicated and time-consuming. The condition of the patient is examined by a neurologist depending on the review of the symptoms and few physical tests. Sometimes, doctors diagnose the disease by eliminating other medical conditions causing similar symptoms. The patients are also asked to maintain a journal containing their day-to-day symptoms to identify the pattern.

Instances of diagnostic examinations for Parkinson’s:

All treatments for Parkinson’s are initiated with the aim to slow the advancement of the disease.

Levodopa medicines are chemicals which are converted to dopamine in the brain.

MAO-B inhibitors help to decrease the breakdown of dopamine in the brain.

Catechol-O-methyltransferase (COMT) inhibitors extend the effect of Levodopa in brain.

Deep Brain Stimulation (DBS)
DBS surgery is considered as a more approachable option for people with Young Onset Parkinson’s disease.
It is an operational procedure. In this process, electrodes are placed in a certain area of the brain through surgery. The electrodes are connected to a generator, which is programmed to deliver electrical signals to the brain.

This process might help mitigate some symptoms, such as:

There is not any pre-defined methodology to prevent Parkinson’s Disease at any age. One can take some steps to lessen the risk of the disease, such as:

Drinking Caffeine. According to a study produced by the Journal of Alzheimer’s Disease, caffeine can help to rebuild motor and non-motor symptoms related to Parkinson’s Disease. 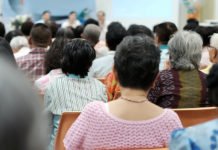