Parkinson’s Disease (PD) is a neurodegenerative disorder in which your brain stops producing chemicals which control motor movements. There is no cure for the disease till now but it can treated using various methods including medication, therapies and Deep Brain Stimulation. Most of the patients who get diagnosed with Parkinson’s Disease start their treatment by taking medications. The medicines they take in the early stages also influence how the progression unfolds over time.  Every patient experiences PD differently and the medications also vary from person to person.

With advancement in technology and better research, new medicines are now made which help patients deal better with their disease. The old medications are now combined with new ones to effectively slow down the progression of PD. Below are the types of medications Parkinson’s Disease patients usually take:

The most common medication is of the controllers. These medications are effective in controlling symptoms including tremors, stiffness, slowed movements (Bradykinesia), etc. The motor symptoms controllers work when your brain converts them into the necessary chemical to control motor movements. This chemical helps the brain to send signals that help move your body. People who take these medicines usually experience restlessness, confusion, unusual movements within the first few hours of intake. It is advised to change the time of taking this medication throughout the day to prevent such side effects.

Medication For Side Effects

The most common side effects of symptom controllers are nausea, vomiting, irregular heart rhythms, dry mouth, acid reflex, loss of appetite, drowsiness, etc. That is why, these medication are taken along with medicines that prevent side effects. This helps patients distinguish their symptoms from side effects clearly. Depression also occurs often in Parkinson’s Disease patients. Anti-depressants are given to those who are not able to control their depression or anxiety on their own.

Most of the patients start off with agonists before actually starting the symptom controller medication. Agonists are alternatives with lighter effects and do not possess the same risks as the actual medication. However, they have some short term effects such as nausea, vomiting, light headedness and confusion. Agonists reduce the symptoms but do not prevent them entirely and are only ideal for people with mild Parkinson’s Disease or in early stages of PD. Agonists raise the motor controlling chemical in your brain.
Most medical professionals try to prescribe agonists for as long as possible before the actual symptom controllers are needed.

The medications for Parkinson’s Disease patients are usually given based on how their body breaks them down. While many patients break down the symptom controllers in the right time, some may do it quicker or even slower. For those patients who cannot break down the medications, additional boosters are required to help break down the chemicals for effective results. As the disease progresses, patients start using the medicines more frequently which increases the dosage amount. To prevent this, another add-on medication may be provided to block the brain chemicals that break down symptom controllers. This helps the patient to have more chemical in the brain prolonging the medication effectiveness.

Parkinson’s Disease treatment using medications is still under progress. There are new combinations and other options to help each individual deal with their disease. Even though, there is no standard mix of medications for PD, you should follow the guidelines provided by your medical professional to figure out the best approach for you.

The general guidelines and tips to follow while taking your medications are:

You have the right to know what each and every medicine you are prescribed does. The more you know about them and how they work, the easier it will be for you to control your symptoms.
Disclaimer – All the above content is meant for informational purpose only. It is recommended to consult your medical professional before taking steps regarding your medications. 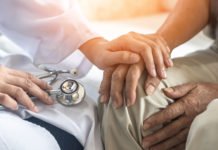 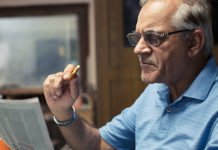 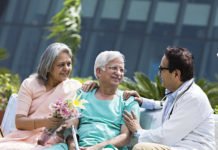 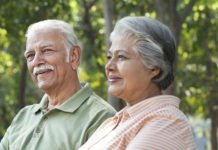