While most people associate Parkinson’s disease symptoms with physical signs such as tremors and motor issues, the disease also manifests itself in several non-physical manners. Because such non motor symptoms could also be caused by other factors, the possibility that this could be Parkinson’s is over looked.

For example, one of the symptoms of Parkinson is anxiety, which could be caused by other extraneous factors related to work stress rather than the disease. If you are in the older age group and experiencing any of the following non motor symptoms, it might be advisable to have a complete diagnosis done for Parkinson’s disease.

Finding out that your sense of smell is no longer what it used to be is a good sign that you could be suffering from Parkinson’s disease.

Anxiety is related to changes in the chemicals released by the brain which control and regulate your mood. Experience anxiety is common and, as you age, the degree of anxiety tends to get higher which is why most people who have anxiety as a result of Parkinson’s tend to overlook this.

Some people develop dementia after living with Parkinson’s for some time. If they have had problems with the movement for at least a year before experiencing dementia, this is known as Parkinson’s dementia.

Like anxiety, depression is another hard-to-diagnose symptom of Parkinson’s. Elderly people are more prone to suffer from depression that could be a warning sign of Parkinson. It would be advisable to have yourself checked for the same.

Many people who suffer from Parkinson’s may experience sleep and night time problems. Having difficulty in falling asleep including waking up frequently throughout the night, waking up early or falling asleep during the day are common issues.

These difficulties will make the person feel tired and less energetic and may often put the symptom down to a general fatigue or ‘ low mood’.

Fatigue, which is an overwhelming sense of tiredness, could also be a symptom of both Parkinson’s disease as well as could be a cause of aspects like depression, insomnia or other causes.

If you are experiencing issues with balancing yourself, it could be another sign of having Parkinson’s disease.

Forward or back ward leaning posture that lead to falls is another symptom that one could be suffering from Parkinson’s disease without realizing it.

Skin Problems such as dandruff

If you suffer from skin problems in the scalp including dandruff and are elderly, it might be best to get yourself checked for Parkinson’s disease.

Another visible symptom of Parkinson’s disease is the changes that appear in the writing. People suffering from this disease may notice that they find it difficult to write and that their writing may appear small.

You may also suffer from some level of sexual dysfunction such as trouble having an erection or orgasm.

If you start to sweat more than the normal, you could be experiencing an onset of Parkinson’s.

You may feel dizzy or lightheaded when you stand due to a sudden drop in blood pressure. This could a symptom of Parkinson’s.

Having these symptoms doesn’t always mean you have Parkinson’s. It could be something else. See your doctor if you notice changes in yourself. If you might have Parkinson’s, meeting one of our curated specialists may help.

Sign up using our form alongside to get connected today with a specialist near you. 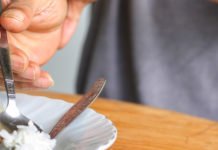 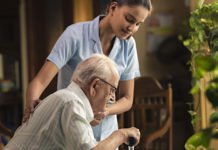