Parkinson’s disease is a neurological disease that affects an individual as one starts aging. It has no particular reason to occur, nor does it have a set of defined symptoms, that alerts a potential patient. Parkinson’s disease mainly is a neurodegenerative disorder that predominantly affects the dopamine producing neurons, thereby affecting an individual’s central nervous system.

It is a disorder that is marked with age, and cannot be cured but can be treated. As the disease progresses, the patient begins to progressively lose their motor skills thereby impeding movement. Moreover later stages of the disease lead to other neurological concerns, mainly due to the lack of dopamine secretion; this includes chemical imbalances, depression, drastic mood swings, irritability, etc.

People who has Parkinson’s Disease face a lot of difficulties that tend to affect their day to day life. The most common symptoms that are found are shivering, shaking of limbs, fatigue and decreased motor coordination. The degradation of motor skills takes a huge toll on the person, because it alters basic skills such as walking, holding things, that often we take for granted. Early signs of the disease can include many uncontrollable movements, not just occasionally, but on a regular basis.

All this can have a significant impact on ones day to day lifestyle. Basic everyday tasks like eating, driving, walking, writing, begins to require assistance. Thus, in short, Parkinson ’s Disease can alter your family relations, how one exercises, eats, works and moves. But these changes do not happen immediately, and one can take steps to minimize the long term effects.

Parkinson’s therefore is a progressive disease, which means that it will not hamper one’s lifestyle immediately. With respect to work, one does not need to stop work right after diagnosis. If carefully managed, treatment and support from one’s employer can enable the patient to work for years.

When it comes to tasks like driving, it is important to notify road authorities and one’s insurance company about a Parkinson’s diagnosis, as PD can impact one’s ability to judge distance and react to on road situations.

Other than the aforementioned, basic motor skills are hampered, there comes a time when the patient will experience difficulty in moving around. As the disease progresses, adaptations have to be made in one’s living environment to ensure that the patient does not get injured.

In order to tackle such a situation, it is imperative that a patient suffering from Parkinson’s Disease maintains a healthy, well balanced diet, and incorporates moderate exercise into their routine.
A well balanced diet is important as it helps the patient’s body work and function more effectively, increases the impact of ongoing medication, and delays further deterioration of health. Proper diet enables the body to work more efficiently, thus providing more energy, thereby making the medication more enabling.

The patient should consider the diet that incorporates all food groups. The diet should include several grain products, for example, lentils, dals, bajra, ragi, etc. Since the average Indian household is highly dependent on grain products, creating and altering regular meals to accommodate the needs of a PD patient is fairly easy.

Since Parkinson’s affects the individual’s nervous system, vitamins and minerals are really important components for any patient, as it provides the body with strength to beat additional bacteria. Hence, it is important to include fruits and vegetables in the diet. A good source of vitamins and minerals are the green leafy veggies like palak (blanched spinach), methi (fenugreek).

Furthermore, it is a good idea to encourage the intake of complex carbohydrates and fiber rich foods into the diets of a PD patient. Complex carbs include pastas, breads, vermicelli, etc. Fiber and carbohydrate rich foods help reduce the intake of fats. It is also a good idea to include foods that are high in antioxidants because it helphelps cells fight the effects of molecules produced while the body is exposed to unwanted elements of the environment thus have anti-inflammatory effects on the brain.

Additionally a good lifestyle change would be to incorporate moderate exercise into daily routine. Exercises that exert the upper body, and limbs, and stretching that helps calm the muscle rigidity is a good stepping stone. But it is imperative that these exercises are done under the supervision of a physiotherapist or occupational therapist, which specializes in Parkinson’s Disease.

Lastly, one can opt for assistive devices that can help in walking, eating, getting dressed, writing etc. to make such tasks easier. Home adaptations can range from small minor changes to major structural changes that may require construction. Making these changes can help a patient to continue engaging in their daily life, reducing risks of stumbling or falling, etc.
Dealing with Parkinson’s Disease is much easier when you follow the adequate diet and health tips. Diagnosis of the disease does not mean the end of one’s world. Today, the medical technology enables proper treatment of the disease and promotes longevity of life span. Apart from the medication and therapies, personal care helps treat the symptoms and have a better lifestyle. 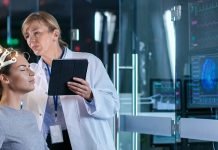 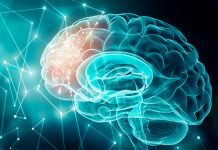