In the year 2011, my father skid and fell on the floor. He ruptured his lower back (Spine) and was in great pain which was managed with pain killers and soothing balms for some time. We took him to a doctor after few days when the pain did not subside. An X-Ray was done followed by a CT-Scan which confirmed some compression in his lower back due to the fall.

It was determined that he did not require a surgery and would be alright after some time. He recovered but met with a few accidents while riding two-wheelers and things got worse, and he was refrained from two-wheeler riding. His falls became more often and frequent, he became silent and had word finding difficulties to express his desires, but he was still on his own. When things got bad, he was again examined and identified with “Supra Nuclear Palsy” (A type of Parkinsonism or Parkinson’s Plus type) which was also specified as “Lower Body Palsy” and affected his daily living activities. Things were manageable for about a year and half. However, over time, his urge to urinate and go to bathroom and falling down like a wooden log were too often and required round-the-clock attention and care.

In the mid of 2012 when things became unmanageable, we decided to employ a caregiver to take care of him but none of them lasted too long because keeping him from not moving was not easy and he was also unpredictable. More than eight care givers were employed one after the other and situation got worse with each passing day. Doctors consulted by us had prescribed some medicines which had side effects and induced bradykinesia/dyskinesia like conditions which made his limbs frozen and rigid to walk, sit or eat. His condition deteriorated faster with high degree of constipation, more frequent urge to urinate (every two minutes) where he often was confused and at times activated his bowel in place of bladder and had unintended toilet accidents causing displeasure to both himself and the person attending him which now happened to be either self or some close family member acceptable to him.

The stress levels were too high to look after him every minute. He was fond of music and wanted to read newspapers, play cards, etc. because his other intelligence faculties were still active, but leaving him unattended even for a minute could have been fatal and he was on round-the-clock watch. The injuries he got were grave; he lost few of his teeth, split his ears quite a few times, had eye/nose/lips/eyebrow injuries and looked like someone beaten blue. We even tried catheters, make him wear helmets, hip belts, etc. but he would pull them out and throw away.

We tried everything non-invasive, providing him with a cocktail of medication prescribed by expert doctors that surely showed a temporary relief but only worsened his condition later on with their weakening effect and turned ineffective over a week’s time. I was suggested “Deep Brain Stimulation” therapy by a few well-placed doctors, which may prove very effective, but my relatives scared me from opting for it as it involved some minor operating procedure. I was warned of losing him once for all and end up spending a fortune. Few learned doctors suggested DBS could have been effective had it been fixed in him during the onset of his disease but with his advanced stage it may not be so effective.

As everything has to end up somewhere, we lost him in 2015, which left a huge void, guilt and lots of lessons learnt on reminiscing the past. Few of them are:
R. Narendhar
Former carer of a PD and a patient advocate 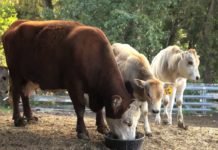 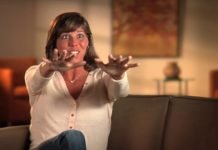 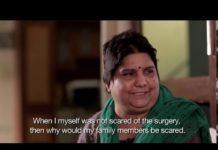